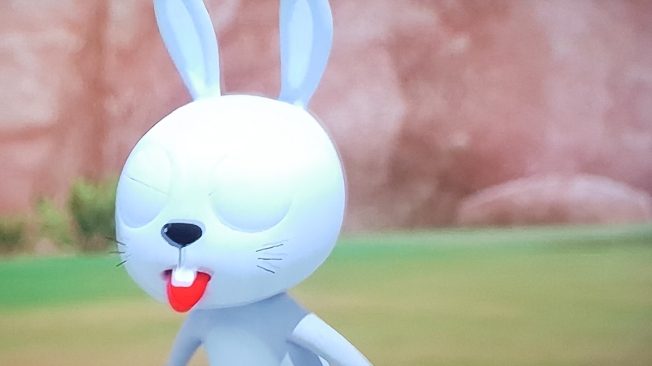 There are cute rabbits heading towards a dark caveman I’ve got a bad feeling about this. Yep, bad stuff has happened. They’re stuck in a giant spiderweb by some purple glowing stuff.

The villains hi5 and are happy and doing evil stuff. I know they’re evil but they somehow seem nicer than the little girl that Miniforce is living with. I kind of hope they’ve moved out. Nope, she is there. We’re back to the little girl who apparently isn’t a villain and is trying to force them to do her homework. Why are they living in this abusive household?

Of course they don’t finish it because they’re called away to pokeball over to B-grade Captain Barnacles. He sends them off to fight the mechanical spider that has been sucking the life out of bunnies in its web of deceit. Pascal is there, he taunts the miniforce then leaves. They defeat the giant robot spider with their enslaved Transformers. Should we start a petition to free the Transformers?

Hooray, the day is saved and the little girl is super mad because they didn’t do her homework. Seriously, Miniforce, leave. You can do better. Make your own home. Go live with Barnacle. My kids have gone berserk and now want to fight each other because they’re so pumped up on Minforce homework rage. We’re going outside to burn off that energy. I need 7,000 coffees.

Bad guy is the first thing we see. He’s talking to a purple robot armoured dude. Purple dude apparently used to be in Miniforce also. He now hates them for reasons unknown. Come to think of it, bad guy doesn’t have clear reasons either. I have so many questions but it’s too late we’re off to the little girl’s house and she is ordering the animals about to perform the Hunger Games or something similar. 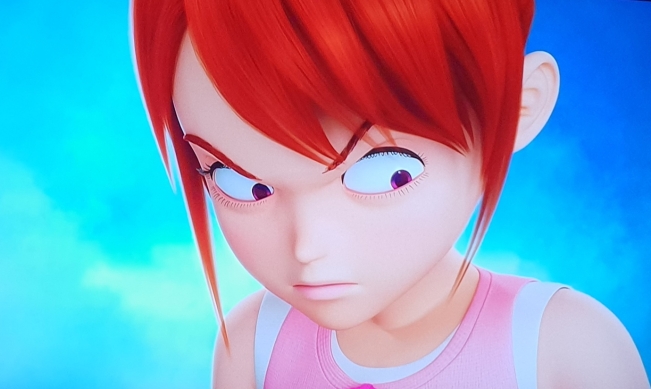 Why does she hang out with them, who is she, why does she wield so much power? She’s so mean to them all the time and yet they stay. Why don’t the live in their headquarters or at in the wilderness?

No time for questions because we’re pokeballing over to B-grade Captain Barnacles.

He explains that the purple dude, Pascal, turned bad so they locked him up. He escaped now they must go find him. Again sketchy on details but they’re off. There don’t seem to be animal hostages this time. It’s just Pascal and henchmen. I don’t know what is happening but there is action and yelling and colours and my 4 year old twins are hugely digging it.

Turns out Pascal can vaporize and then reappear which makes him hard to beat. Then he uses the power of darkness to turn into a giant, actually probably just human sized but looks giant compared to a lizard Only one thing for it. What the heck???? Mini force call in cars that transform into giant robots because of course they have slave transformers tucked away.

They jump inside Voltron style and win. I still don’t know why. I have so many questions! But I’m pretty sure it’s too late for me and I’m now addicted.

Prepare yourself, things are going to get weird. There is a lot going on in this show. Talking animals. An angry kid. Bunnies. So much. I’m excited and scared all at the same time.

This show starts out looking very much like a cartoon Power Rangers. Figures so heavily armoured that they look like brightly coloured cyborgs are performing fully sick fight moves. One yellow, one red, one blue, and one pink. The mandatory colours. Then there’s a book montage that you think will explain who these not Power Rangers are but it doesn’t. It just shows that these robot looking things have weapons. Which is cool and all but I need slightly more detail. You’d think it’d come later but it doesn’t. Fortunately my 4 year old twins need no details. Bright colours and fighting, they are in. Big time, in. 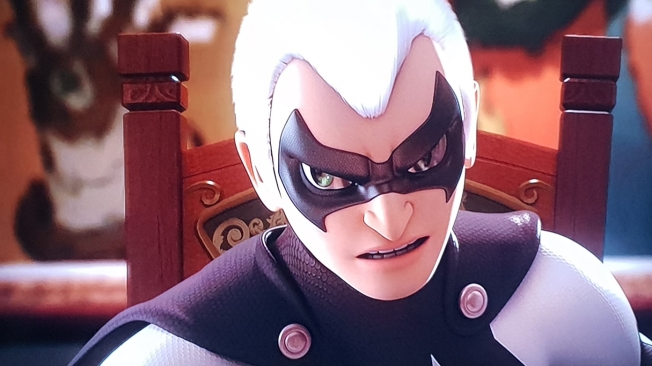 Next minute we see a villainous looking guy, he is wearing black and has a black eye mask on for just chilling in his castle. Because let’s face it, nothing more comfy for hanging round your home than vinyl. He looks like something from Ladybug and Cat Noir. I’m not picking up why he wants to do the bad things but again, this does not bother my 4 year old twins at all. They care not for such trivial things as motivation. He’s bad, he does bad things, he makes questionable fashion choices, they get it. They don’t need any more details. This is life. Life doesn’t make sense so why should this show? 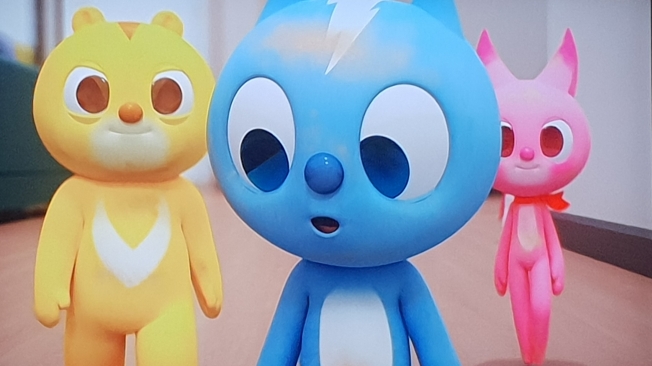 And then we’re in a suburban house watching a little girl cook pancakes for cute little animal creatures sitting in miniature furniture on her own normal sized table. That seems nice, even if she is too young to be cooking all by herself. The animals are the same colour as the suits earlier so they’re clearly the hero cyborg type things. I’m down with that. I can accept that the world needs tiny animal warriors. Anyway the little girl wants the animals to wash their hands before they eat. They don’t want to. They’re like naughty kids but with adult voices and they’re heroes. The little girl is having none of it. She screams at them. I don’t mean a little bit, she goes full savage. 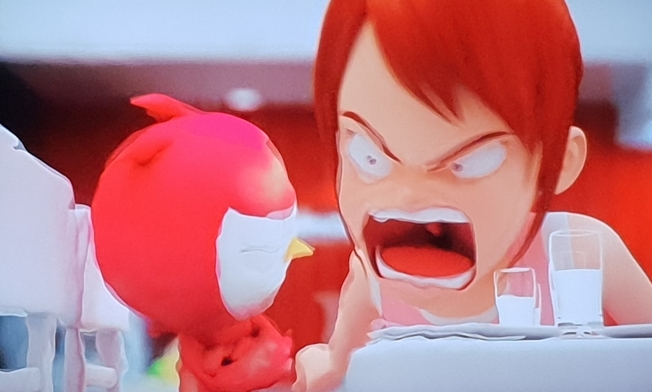 I get where she’s coming from and yet I feel like she may have gone a little too far. The creatures agree to wash their hands and quite frankly I would too but before they can they’re alerted to some sort of issue they need to fix. So they leap into some pokeballs, because of course we’re ripping off Pokemon now, and roll in to talk to some sort of metallic bunker where a hologram Captain Barnacles gives them orders. So much intertextuality that they should be studying this in high school English classes. Power Rangers, Pokemon Octonauts and Red Dwarf. It’s a lot of information to take in and yet not enough info all at the same time.

Anyway they have to go fight some stuff. Other little robot things. The robot things are holding some animals hostage for reasons I don’t understand. I get that they’re bad but why those animals and what do they hope to achieve? Are they developers? Twins yet again do not care for information. They are happy.

Anyway, Miniforce gives the bad guys a solid thrashing surprisingly quickly and the episode just abruptly ends with NO closure over the pancake issue. Do they get the pancakes? Are there special features with this information. I want them to have pancakes. I want to have pancakes. Anyway, I found this show confusing yet hilariously awesome at the same thing. I’m not sure if it’s the best thing ever or the worst but I’m inclined to go with best. Total best. Four year old twins give it four thumbs up. They’re trying to fight each other now in Miniforce fashion. Watch it, feel overwhelmed like me.