Okay, okay, I know what you all want to know, who won the various categories of the NSW Premier’s Literary Awards, so I’ll just dive right in and give the list.
Multicultural NSW Award ($20,000 — sponsored by Multicultural NSW)
The Permanent Resident by Roanna Gonsalves (UWA Publishing) 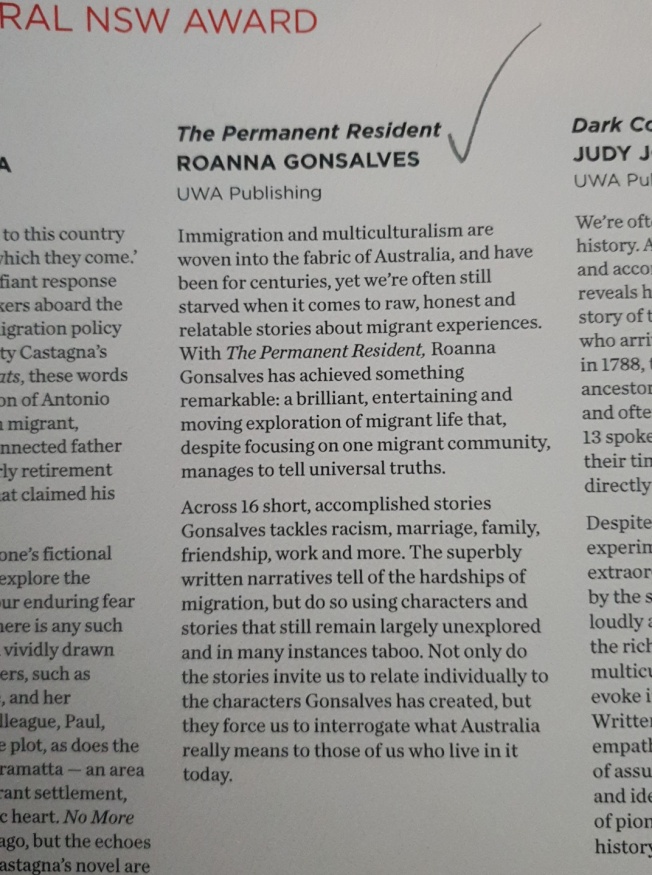 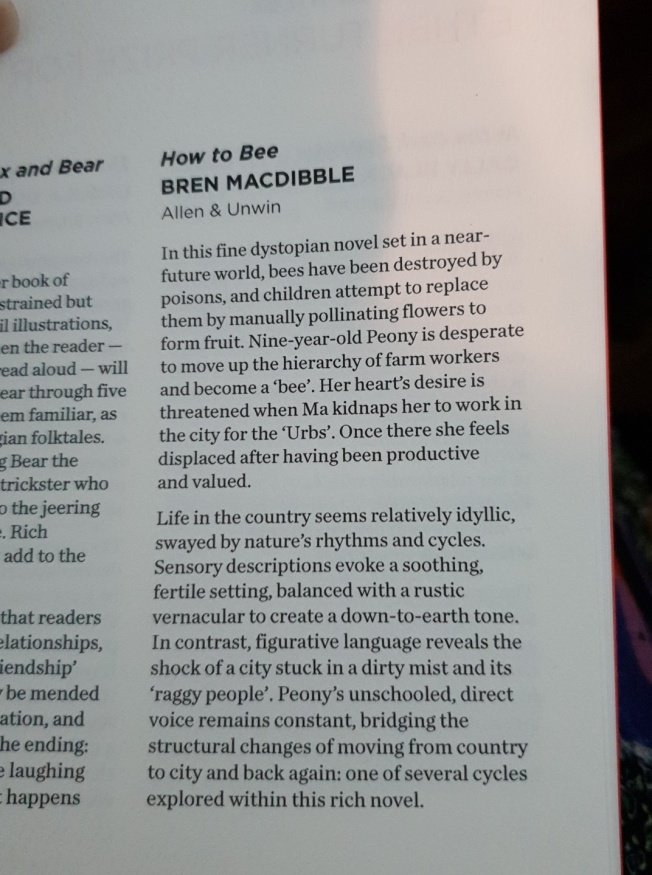 Ethel Turner Prize for Young People’s Literature ($30,000)
The Ones That Disappeared by Zana Fraillon (Hachette Australia) 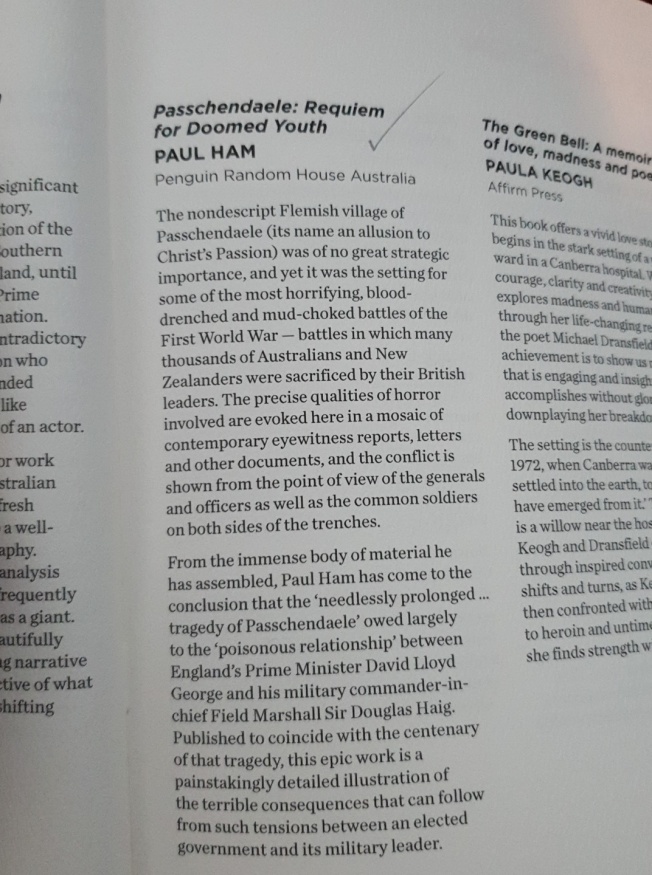 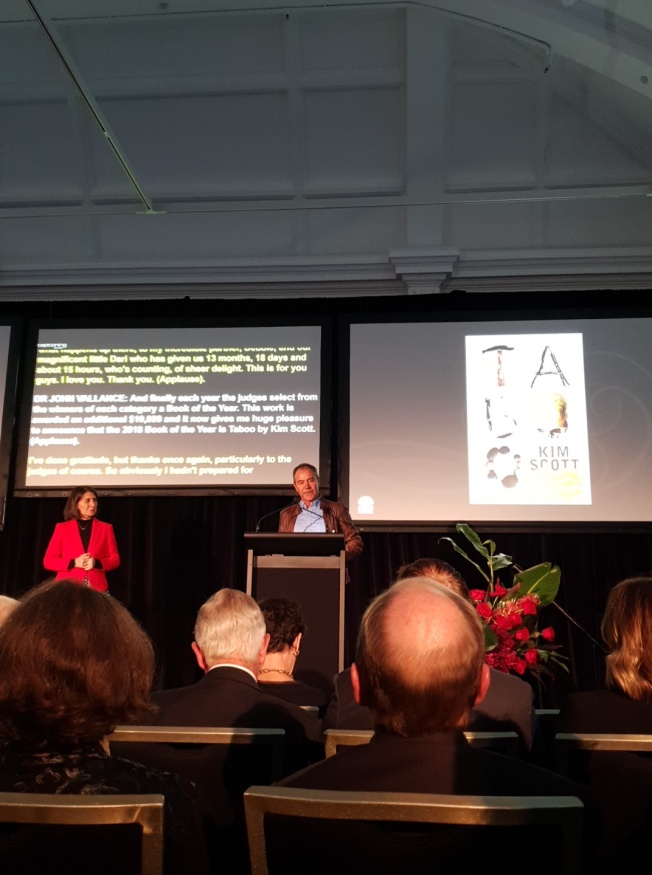 Find out more about the awards and what the judges thought from Lisa Fleetwood.

Find out what Books + Publishing have to say about the awards.

Find out what Lisa Hill has to say.